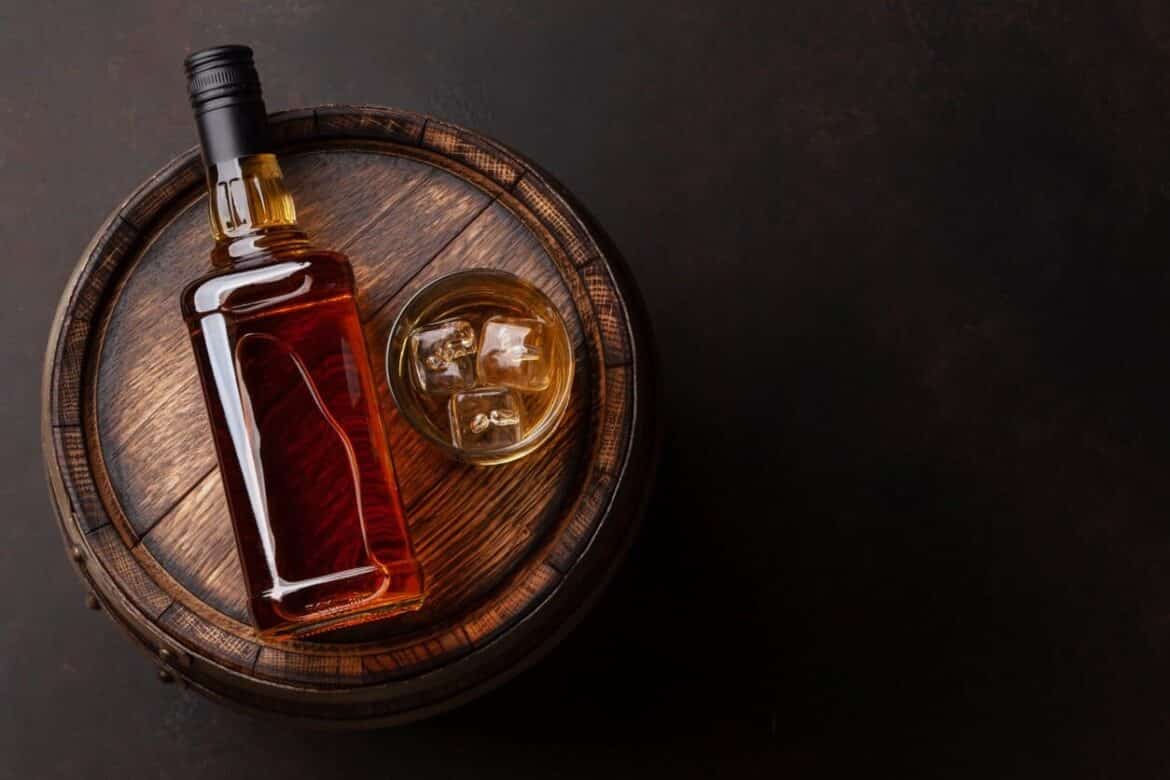 Rum is one of the most popular drinks worldwide. You can enjoy it plain with some ice cubes but you can also use it as an ingredient in various cocktails. Plus, it comes in various types from white rum to dark rum and even regular rum. But how long does rum last and how can you store it correctly? We will answer these questions and more in this complete guide!

Unopened rum bottles can’t expire as they can stay good for decades to come. On the other hand, an opened bottle of rum should be consumed with six months.

How long does rum last

If you like rum, you will be glad to know that all types of it can last you for decades as long as you don’t open the bottle. Once you open a rum bottle, oxygen and bacteria gets inside the drink.

This will gradually alter its quality and even taste and smell, which is why you should consume it in less than half as year. Considering that rum can be a valuable ingredient in both cooked desserts and cocktails, this shouldn’t be a challenge as you can use it in different ways in your kitchen.

Storing rum properly is essential to conserving its quality over time. It is important to follow certain guidelines for both opened and unopened bottles of rum, regardless of its version.

Once your bottle of rum was opened, try to store it in an airtight bottle. If you poured your glasses of rum and you are not going to use it in the next days, make sure to seal the bottle so no oxygen gets inside of it.

It is important to close the bottle with an airtight lid because the alcohol in your rum will evaporate rather fast. If your bottle is not sealed properly, you will end up with a type of rum that is very low in alcohol content and naturally, has a different taste due to this fact too.

Another important tip is to transfer the rum into a smaller bottle if the original bottle is too big for the rum quantity inside of it. So, if you have a quarter of rum left in the bottle, you will have three quarter of trapped oxygen inh the same bottle. The more oxygen you have in the bottle, the more vinegary your rum will taste over time. To avoid such an outcome, pour your rum into a smaller container before you store it away.

You want to store your rum bottle in a dark and cool place, away from direct sunlight or moisture.

Unopened rum bottles are much more easier to store. Since they are properly sealed by the manufacturer, you will not have to worry about finding the perfect lid for them.

All you have to do is place them in a dark place of your home that is mostly dry and cool. They will not preserve their qualities just as well in hot temperatures or direct sunlight. Make sure to place the rum bottles in the upright position too. Forget about your rum until you want to consume it again!

Does rum expire or go bad?

Rum doesn’t expire, nor does it go bad as long as you don’t open the bottle and store it in the right conditions.

When it comes to opened bottles of rum, it is essential to note that their taste and smell might alter significantly in the following months. Depending on how much oxygen gets to your rum, it might get to taste vinegary and its alcohol content might go down too.

A change in taste doesn’t necessarily mean that your rum went bad. But it does mean that its qualities changed and you might not like it as you use to when you just opened the bottle!

How do you know when rum has gone bad?

If you go back to your opened bottle of rum a few months after you stored it away, you will have to be able to identify if it went bad or not. Pour a glass of rum from the bottle and inspect its features carefully.

Notice if the smell is still the one of rum or if it seems to have a bitter scent to it. If your rum went bad, you will also notice signs of spoilage on its surface.

Depending on how you stored your rum, there might be a thin layer of mold on top of it or you might even notice buildup of bacteria. If such signs are present on top of the vinegary scent, discard it and don’t drink it!

Note that, if the alcohol in your rum evaporated, it doesn’t necessarily means the entire drink went bad. It will just taste different and have a sour flavor but you will still be able to consume it.

If you suspect that you rum went bad, avoid using it in cooked recipes such as desserts or any type of food as well.

Can you keep rum for years?

Yes, as long as you don’t open the rum bottles, they can stray good for several decades if stored correctly. Leep in mind that rum doesn’t age once it is in the bottle the same way it ages in the barrel. So, if you store it for several years without opening it, doesn’t mean it will get better in this time. However, its taste and smell might get altered as time passes.

However, when it comes to opened bottles of rum, keeping them for years should not be an option regardless of how well you store them. Even if you think you sealed the rum bottle correctly, it is still not safe to consume it after six months since you opened it.

Does rum need to be refrigerated after opening

You can refrigerate your rum if you prefer it cold, but there is no need for it. Rum will not last better or longer if you store it in the fridge.

The high level of alcohol in rum as well as the sugar content of this drink will preserve it just fine over time without the need to store it in the fridge. However, we will mention that refrigerating your rum will not necessarily affect it in a bad way either. So, if you prefer your drink cold, go ahead and place your rum bottle in the fridge, just don’t expect it to last you a longer time due to it.

How long does spiced rum last once opened

Spiced rum will also last you about six months once the bottle was opened.  Your rum might last longer than six months but this is the time frame whgen you can expect it to still have most of its original qualities.

After six months, your spiced rum might lose its flavor, smell and alcohol content, which will make it less pleasant to drink. Depending on the spices that it contains, some rum can get bad sooner or later than others.

Spiced rum types with a higher concentration of sugar, tend to last longer than other types and maintain their taste intact during the storage period.

How to store rum after opening

When you want to store an opened rum bottle, first decide for how long as you going to store it for. If you plan to enjoy some rum again in a week or two, you can simply seal the bottle and put it in a cool, dry and dark place until you want to drink from it again.

However, if you want to store it for a few months, transfer the leftovers into a smaller bottle. This will reduce the amount of oxygen trapped inside the container, along with your rum. Make sure you seal your bottle with an air tight lid so no oxygen or bacteria gets inside and alters your rum.

Also, it is important to store the bottles in an upright position. You don’t want the rum to get in touch with the lid of the bottle. Make sure no direct sunlight gets to your rum bottles and keep the atmosphere where you store them dry. Moisture and humidity as well as heat can turn the rum bad faster!

Rum is a strong alcohol beverage and thanks to its ingredients, it can last for impressive amounts of time. The more sugar and alcohol your rum has, the better it will stay preserved over the years.

However, keep in mind that storing opened bottles of rum is different than storing unopened bottles. Since the opened rum bottles will change their taste and smell faster, you should plan on consuming them within six months after opening them.