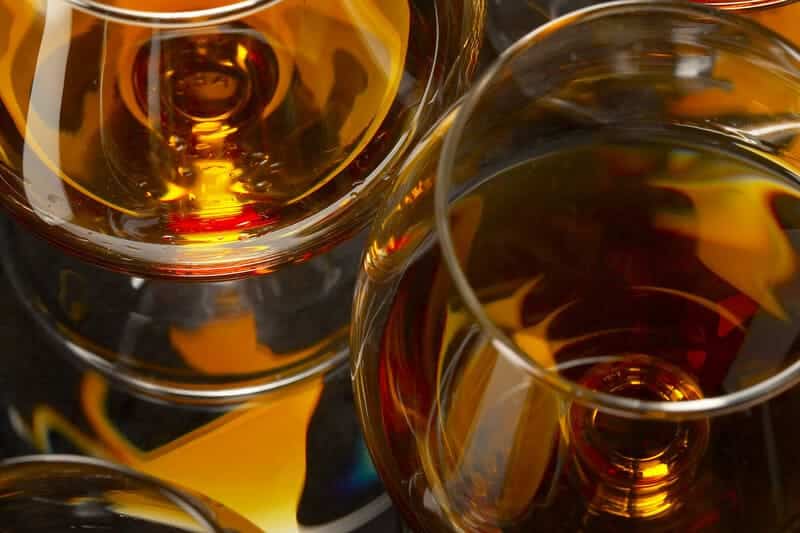 While cognac and bourbon may look similar, they differ significantly in taste, color, where they are made, and what they are made from. Whether you are training as a bartender or have taken an interest in spirits, you are here because you want to weigh Cognac vs. Bourbon: What’s the difference?

While there are many differences between Cognac and Bourbon, the main difference is what they are made from. Cognac is made from distilled white wine, and bourbon is from grains like corn and barley.

How do Bourbon and Cognac Differ?

Cognac and bourbon resemble each other in color. However, if you look closely, you will notice cognac is darker brown while bourbon carries a more amber appearance.

Cognac has a lighter profile, with the main notes being fruity. You get a more complex flavor profile from barrel aging, but you will always notice stone fruit (like plum), floral notes, and some citrus and spice. Since cognac is a concentrated wine, the tannins offer bitterness and complexity.

Bourbon shares some of these notes like citrus and spice, but most bourbon does not offer fruity notes. With bourbon, you will likely taste a deeper flavor profile consisting of toffee, malt, and vanilla.

You will notice both hold a different aroma since they derive from other ingredients. Cognac will have a sweeter smell due to the fruitiness in the notes, and bourbon will have a spicier aroma.

Cognac is a type of brandy, but only specific brandy can be considered cognac. Brandy is made using wine or fermented fruit mash, with the most popular being grape or apple. 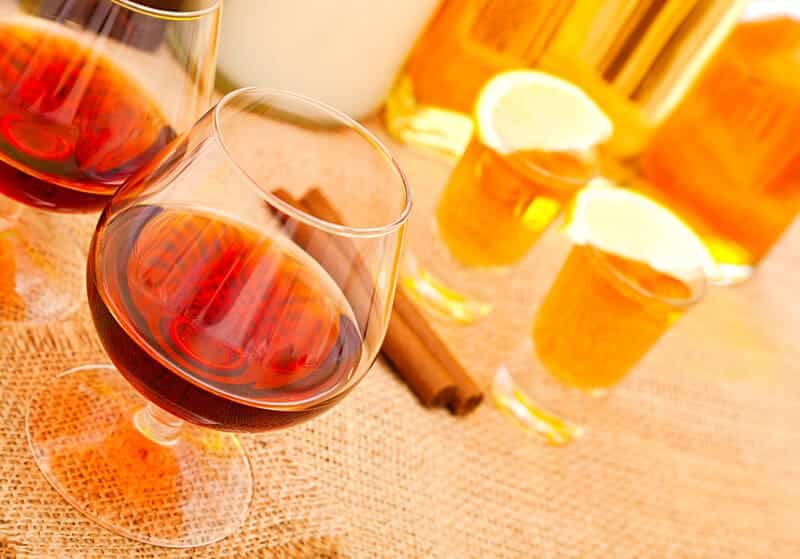 To carry the cognac name, the brandy must be made using distilled wine from white grapes cultivated in France’s largest white wine region, the Cognac region. The grapes that are cultivated in the cognac region can be grown in Bons Bois, Borderies, Bois Ordinaires, Grande Champagne, Fins Bois, and Petite Champagne.

Cognac can only be distilled with wine free of sulfites, a preservative. Because the wine does not have sulfites, it will not keep its quality as the weather warms, so cognac distilling season is primarily in the cooler months.

After cognac has been distilled and is in the aging process, it is called “Eau di vie,” which translates to “water of life”.

Different levels of aged cognac depend on how long they are aged. VS (Very Special) cognac is aged from two to eight years. The VS cognac is usually used in cocktails and pairs well with light mixers. The next level is VSOP (Very Superior Old Pale), aged four to twelve years and normally sipped on its own. XO (Extra Old) cognac is aged from twenty to thirty-five years and is highly recommended if you are trying to find the best quality cognac.

There are two more varieties, Napoleon and Extra. Napoleon is more affordable than XO but higher quality than the VSOP as it is aged ten to twenty years. Extra is ranked better than XO and is thirty to fifty years old.

The History Of Cognac

Before whiskey reigned, cognac sat on the throne of spirits. Cognac dates back to the 16th century when dutch settlers would visit France in search of fine champagnes and wines. Often, the wine would not hold its quality during the long voyage, so the Dutch began distilling the wine, creating brandy. They would dilute the brandy with water to make it taste like wine again.

It was not until the 17th century that the double distillation process began. It made way for any wine to be turned into eau di vie, so it could be transported without losing its quality. Its concentrated form made it cheaper to ship. The eau di vis’ long shipment time allowed it to spend more time in the oak casks, transforming it into a spirit you could drink straight from the cask. This is how the cognac came into existence.

Today, the exportation of cognac is massive, reaching over 150 countries. Beverage industry members have been working hard to rebrand cognac to appeal more to the younger generation. For a long time, cognac was a drink for the older generation of business people. However, the younger generation is starting to appreciate classic spirits as times change. In 2021, Cognac sales jumped by 11% in the United States.

Bourbon is made using fermented grain mash, made up of different grains. Bourbon is a type of whiskey but must follow specific rules before it can be considered bourbon. This is why you may sometimes hear bourbon referred to as bourbon whiskey. 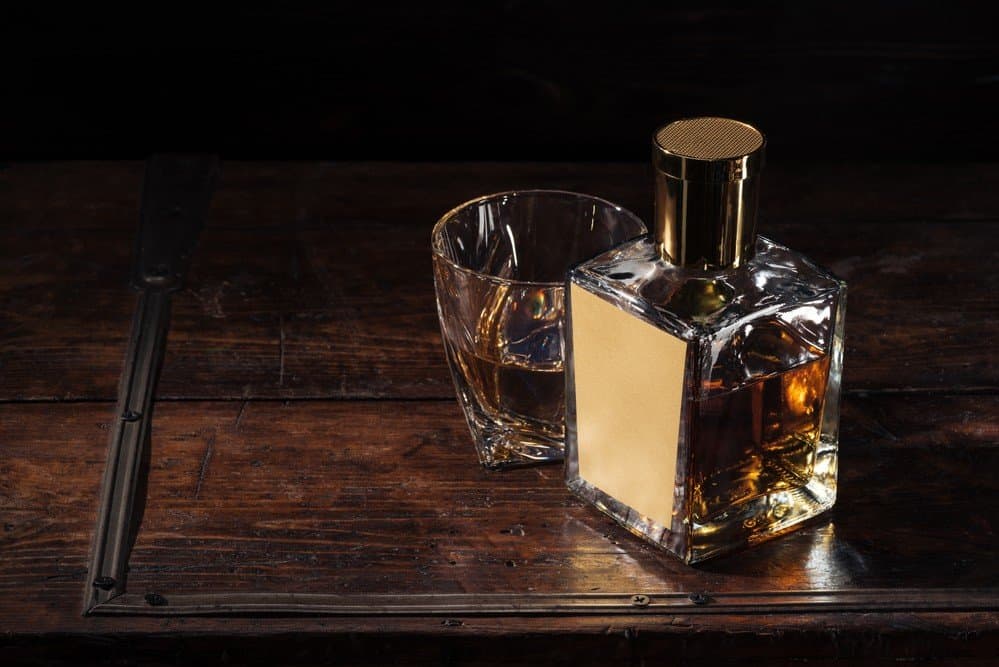 While whiskey is distilled in many places, bourbon is distilled strictly in the United States, usually in Kentucky or other southern states. Some bourbon distilleries are located in Bourbon County, Kentucky, because it is abundant in limestone water, giving bourbon its smoothness.

The distillation process for bourbon starts with a mash bill, the recipe of grains used for the bourbon. Straight bourbon must have a mash that is at least 51% corn.

This mash is stored for a couple of weeks to ferment. At this point, yeast and mash from a previous distillation are added, and the mixture is strained. It is then distilled, usually twice.

The first round of distillation is in a beer still, and the second is in a heated copper pot still. When Bourbon reaches 80 to 125 proof, it is placed in new charred oak barrels for at least two years to become straight bourbon whiskey. If the bourbon ages less than four years, there must be an age statement listed on the bottle.

The History Of Bourbon

Although there doesn’t appear to be an inventor of bourbon, bourbon’s roots are dug deep in America, and it must be made in the United States to hold the name bourbon.

Bourbon was brought to Kentucky by the early American settlers. The settlers brought stills to make whiskey for social events and special occasions such as weddings. They also used the whiskey as a resource to barter with other things they needed. This whisky was not aged in barrels and was sometimes flavored with fruit so that the spirit wouldn’t be as strong.

We may not know who first aged the spirit in charred barrels, but a letter from a grocer to distiller John Corlis in 1826 mentioned that the flavor of bourbon could be enhanced by charring the inside of the barrel.

The industry grew following the American Civil War when large distilleries were created to generate steam power for the railroads. Early bourbon wasn’t sold in bottles because bottles were too expensive. Instead, saloons would buy whiskey by the barrel, and customers would bring their containers to fill.

Kentucky native, George Gavin Brown, started his own bourbon business in 1870. He noticed the quality of bourbon whiskey was never consistent as saloons would water down the barrels to stretch supplies. So, with the help of his brother, he bought the bourbon barrels directly from the distilleries and bottled them to ensure quality bourbon every time. He named his bourbon Old Forester.

George’s method quickly gained popularity, with other bottled whisky following suit. However, to save money, sellers would mix the whiskey with other spirits and flavorings and brand it as their own.

This scheme engulfed the whiskey market and led many consumers buying cheap whisky to think they were buying bourbon. Because of this, friction between the distilleries and the sellers of this knock-off bourbon grew.

Distillers attempted to make their aged bourbon noticeably different from the knock-offs sold. In 1897, the Bottled-in-Bond Act went into effect. This requires whiskey to be aged and bottled according to a set of legal regulations.

From 1960 to 1990, bourbon sales declined when over-production led to low prices. However, in the 1990s, super-premium bourbons were introduced, and sales began to increase. Today, bourbon is extremely popular with many brands and variations.

Is cognac the same as bourbon?

No, cognac and bourbon are vastly different.  Cognac is made from grapes cultivated in the Cognac region of France, while bourbon is made from grains and is distilled and aged in the United States.

Which is better, cognac or whiskey?

Whether cognac or whiskey is better depends on your pallet. They have different flavor profiles that everyone tastes differently. Some people prefer the fruity notes of cognac, while others prefer the smokiness of bourbon.

Is cognac a whiskey or bourbon?

Cognac is neither a whiskey nor a bourbon. It is a type of brandy.

Is Hennessy a cognac or bourbon?

Hennesy is a cognac and one of the world’s most popular cognacs.

While Hennessy and bourbon share some of the same profiles, these two spirits taste nothing alike. Hennessy has a fruity profile with mellow oak notes and hints of spice and chocolate. While bourbon contains oak notes, you are unlikely to taste fruitiness and are more likely to taste caramel and toasted marshmallow.