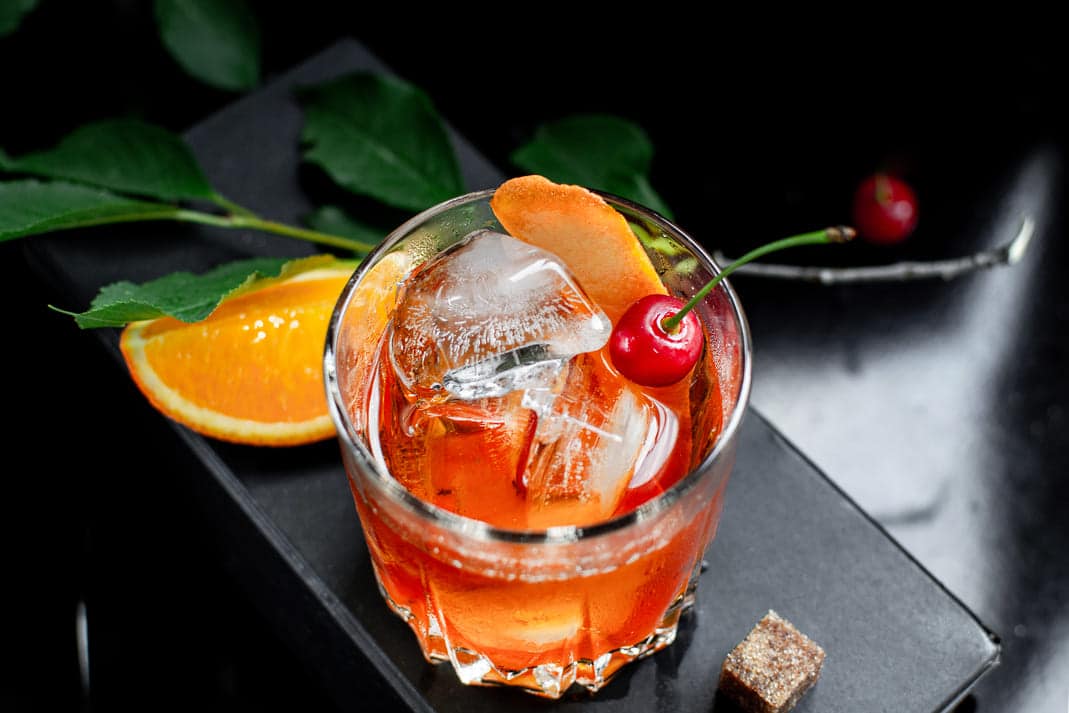 The Smoked Old-Fashioned Cocktail is a variation on the traditional Old-Fashioned. This is a classic cocktail – a drink out of time and fashion. Its sophistication and at the same time simplicity have made it popular for over 200 years.

The classic Old-Fashioned was discovered around 1800, before the word “cocktail” itself came into use. It was a very simple drink, bourbon or brandy with bitters, water and sugar. The cocktail acquired its name a little more than half a century later, when a wide variety of such drinks appeared and it became necessary to highlight the very original cocktail. 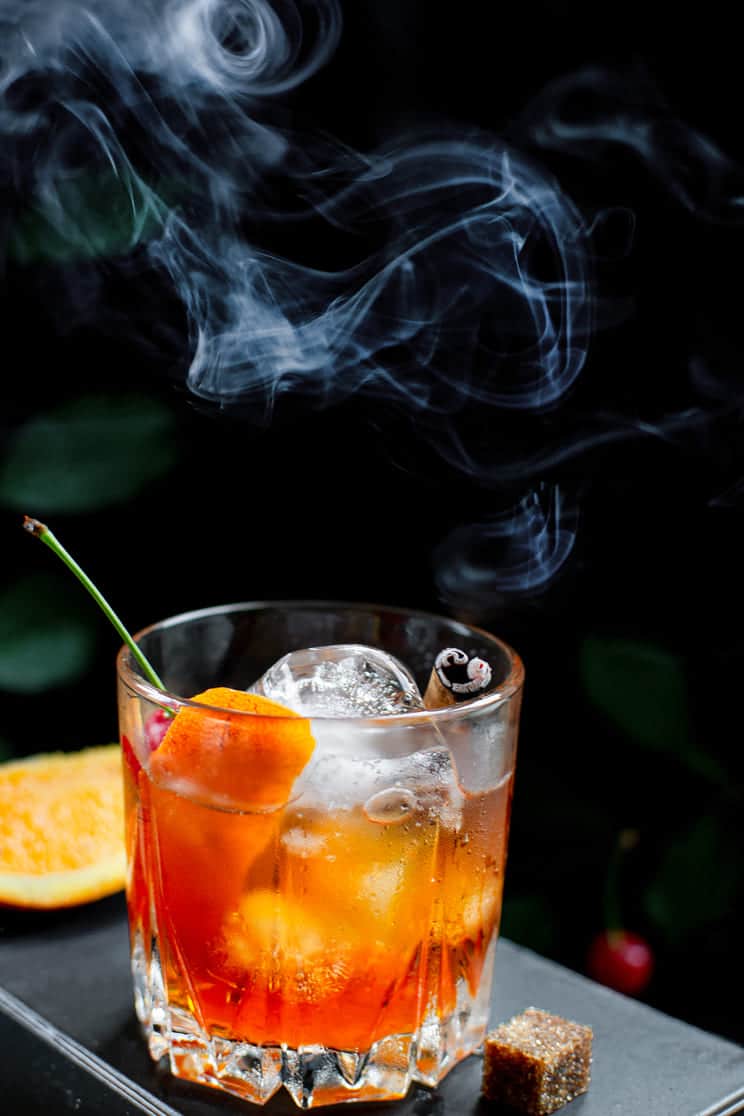 By the way, Old Fashioned is included in the list of official IBA cocktails of the International Bartenders Association and is recognized all over the world. This means that there is an “official” definition of a drink, a kind of standard, it contains:

Over time, the classic recipe has changed, supplemented depending on regional and cultural characteristics. A similar cocktail was mixed, including on the basis of absinthe, vodka, brandy, Curacao and other liqueurs. Later they began to add soda water, gin.

Various spices and flavorings were added. And so the Smoked Old-Fashioned Cocktail was born. Its main feature, as the name suggests, is the addition of smoke. Who is its author and when exactly it arose is not known for certain.

It is also unknown whether this was done deliberately or whether the person who prepared the cocktail simply used smoked dishes, for example, working in a smokehouse. One way or another, an interesting recipe was discovered that was enjoyed by connoisseurs of strong alcoholic cocktails.

You will need these ingredients: 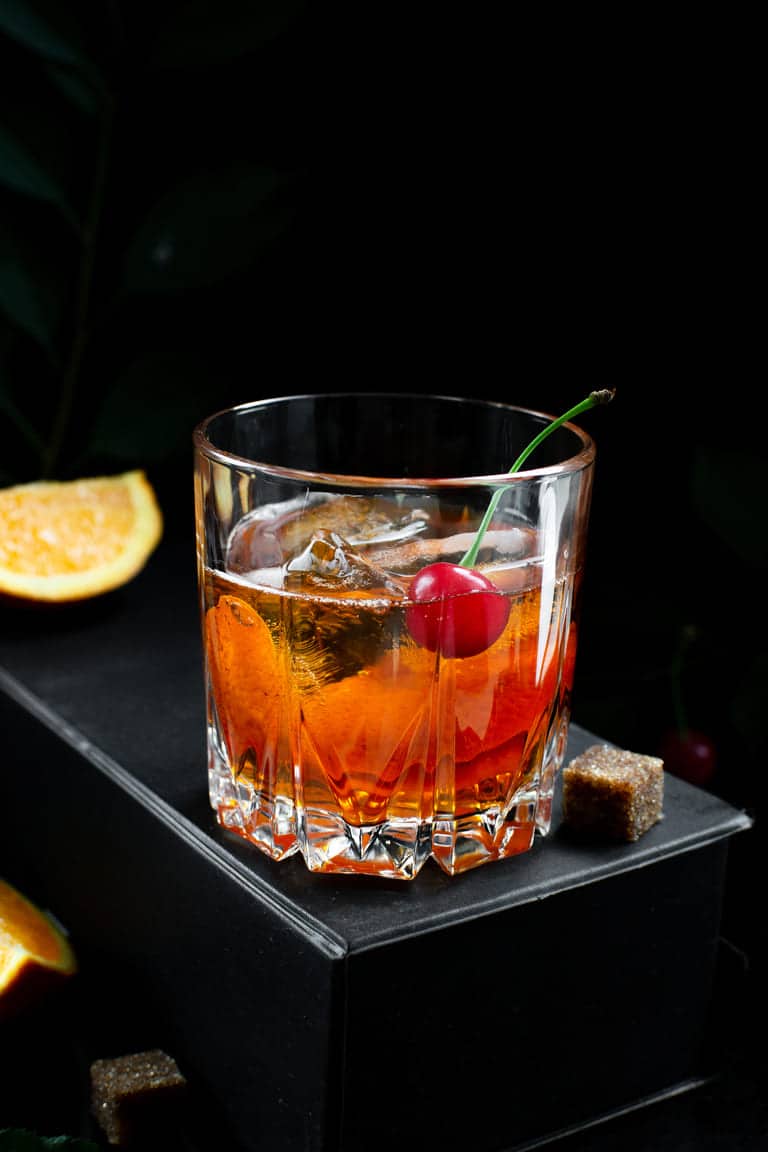 Now you can taste the real tradition, classics, touch the heritage of old times and enjoy the real taste of Old America. 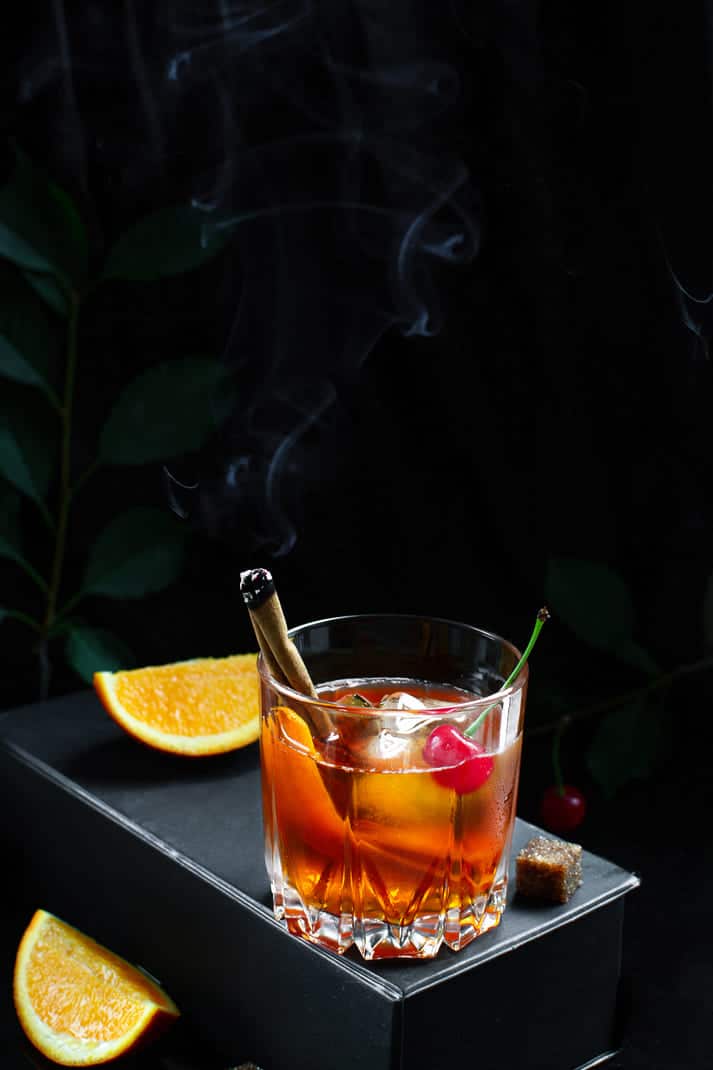 What wood do you smoke for Old Fashioned?

Hardwoods – oak, maple, ash, but fruit trees are better: apple, plum, cherry, apricot are perfect. We prefer the cinnamon stick. The cinnamon stick adds a special touch of spice and the smoke appears sweet and sophisticated.  Just do not use coniferous wood, oil-laden smoke is quite pungent and unpleasant in taste, and the cocktail will be ruined.

How do you make an Old Fashioned smoker?

You can burn wood on a non-combustible surface, such as a simple plate. Cover the burning wood with a glass, the fire will go out and smoke will come out. If you want more smoke, to make the flavor more intense, then do the same, but take a larger container. Then pour the cocktail from the shaker into this container, shake well and then pour into the glass. In addition, there is a huge variety of different devices – smoke machines, from the simplest to more complicated.

Why do you smoke an Old Fashioned?

Initially, smoking was used to extend the shelf life of perishable products – meat, cheese, etc. But smoke gives a special aroma, taste and piquancy to any product. An alcoholic cocktail is no exception. In addition, a steaming cocktail on the table looks very impressive!

How do you make a smoked drink at home?

It is quite simple and fast, no special ingredients or devices are required. Everything you need can be found in almost any kitchen.

How to make a smoked old fashioned without a smoke gun?

When in the old days people prepared this cocktail, they easily managed without any modern tricks. All you have to do is set fire to wood or cinnamon and cover it with a container to extinguish the fire and collect the smoke. 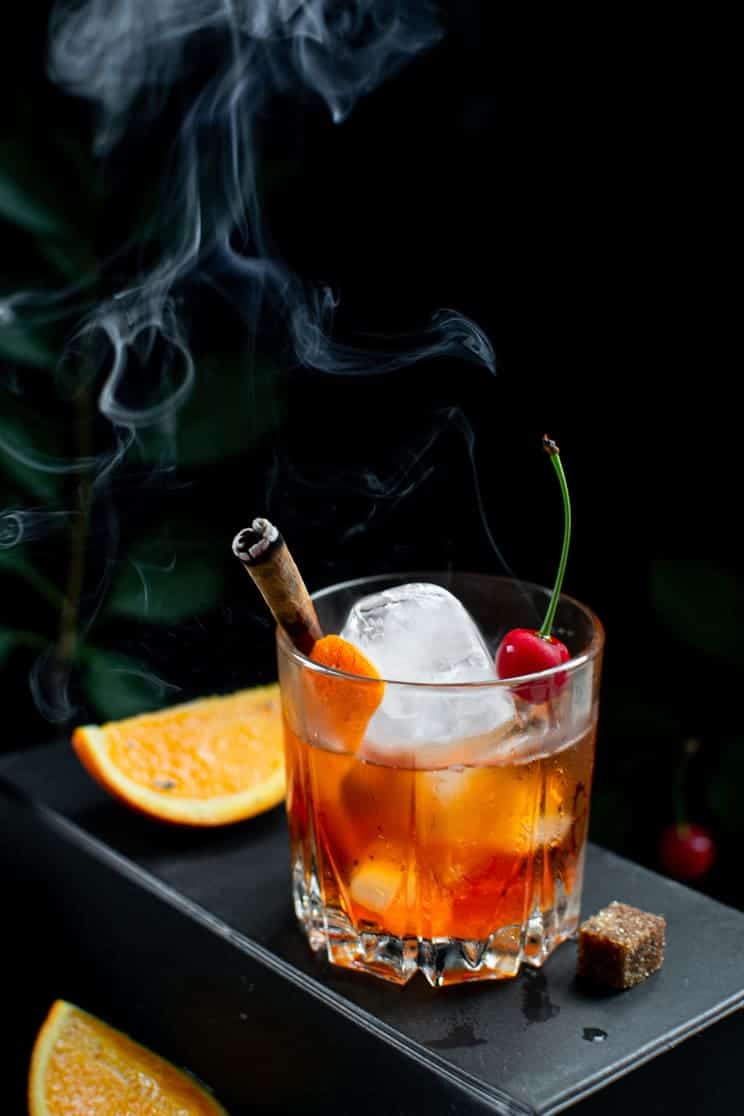